Isolation - OnePageOneShot (v1.0)
"Cure the infection, or just find safety from your friends!"

Isolation is an OPOS that is a rapid-fire simple social-deception game that forces players to split into two groups to attempt to isolate from a friend secretly infected by a brain parasite. Players must communicate to deduce who is infected, and attempt to ensure the scientist (who has the cure) ends up in the same room as the parasite, but without giving too much away, as the infected has the advantage of swapping rooms!

Variation Rules for Online:
To encourage social-distancing and isolation during a REAL global pandemic, this game can be played online! Here are some tips for hosting if you want to play online with friends!
- Use a group-call application like Discord or Zoom. As the host, ensure everyone is in the call before continuing.
- When everyone is ready, pre-randomise the token association to players; try drawing physical tokens from a pile and putting them aside one at a time. Privately message each player their role.
- When everyone has their role, begin the game. Do not interfere, but encourage players to converse, as well as privately message each-other.
- Make sure to give warnings on the time limit. It may be better to have a longer timer for playing online to give people time to type out messages.
- When the time is up, call for silence. Then, count-down and ask everyone to either publicly message their room number, or privately message it to you (however you want to play it).
- Follow the remaining rules for the game to allow the Scientist and Infected to make their moves, and then decide the winners!

A 'One Page One Shot' is a mini roleplay game played with paper, pens, and dice. All the rules are on one page, and the games usually last from a few minutes to a couple of hours, depending on the host and the players. This game requires:
- A copy of the rules. (Available in Downloads)
- A copy of the tokens. (Available in Downloads)
- (If playing Online) A voice-chat service with group voice calling and private messaging.

This game is intended to be played with a host, and approximately 4 to 24 players (however more are possible), and each session runs for approximately a few minutes. 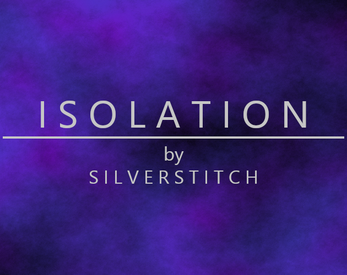