Runner's Edge - OnePageOneShot (v1.0)
"You're a runner in one of the densest cities in the world. Fight for justice, or just try and make some money."

Runner's Edge is a free-running/parkour RPG about navigating a city and completing heists. You and your gang gather intel and equipment, plan your approach and escape, and try to outrun anyone who comes chasing. Includes a sample map and city information for quicker and easier play, as well as campaign rules for multi-session games. Note this heavily relies on a host who can fill in the gaps of the city's details, or invent one themselves.

A 'One Page One Shot' is a mini roleplay game played with paper, pens, and dice. All the rules are on one page, and the games should last from about an hour to a few hours or even a few sessions, depending on the host and the players. This game requires:
- A copy of the rules. (Available in Downloads)
- [Optional] A copy of the Extra Information and Sample Map, to help with building a campaign. (Available in Downloads)
- Some D6 dice.

This game is intended to be played with a host, and approximately 1 to 6 players (however more are possible), and each session should run for approximately 15 to 45 minutes.

The map used in this game for both the Sample Campaign and the imagery was constructed using Probable Train's City Generator. It is a fantastic tool for quickly generating simple city maps, so if you'd like to make one for your own campaign I'd recommend checking it out!
https://probabletrain.itch.io/city-generator 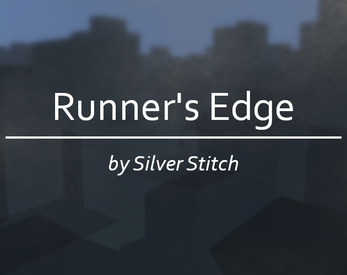 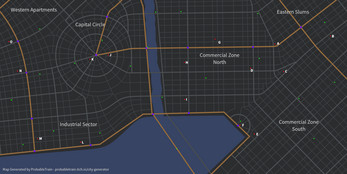