One Night With Senpai - OnePageOneShot (v1.0)
"Find true love as you go on cute dates with your friends! <3 owo"

'One Night With Senpai' is a O.P.O.S. game where players are given roles and must figure out who their optimal date will be by talking among themselves! This is a Social Deception game inspired by the popular game 'One Night Ultimate Werewolf'. Players are each secretly given a role with a win condition, and occasional in-game restrictions. Everyone then has 5 minutes to talk with each-other however they desire, from openly and declaring their role to privately off to the side. After the 5 minutes, the 'students' that the players are representing must all meet up together and simultaneously nominate a date! Depending on who you date will determine whether you win or not!

This game was play-tested a handful of times and several bits-and-pieces have been fleshed out, however the game also encourages experimentation! Mix up the roles! Double some up! Make up new ones and let me know!! <3 As long as everyone has fun! ^,,^

As part of a challenge, I will be releasing a new O.P.O.S. at the start of every month, from Feb202 to Feb2021! Each O.P.O.S. will first be available via my [Ko-Fi], then published for free on [itch.io] one month later!

This game is intended to be played with approximately 4 to 10 players, and each session runs for approximately 6 minutes, and over multiple sessions for maximum fun! 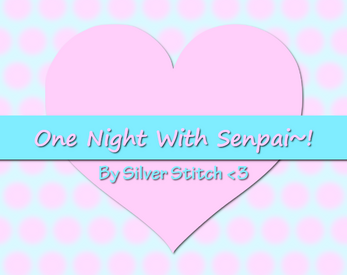